The Sound Card as a Tool for Analyzing Signals

Modern sound cards designed for connection with a PC are sophisticated instruments that allow the acquisition in digital format (ADC conversion) of electrical signals on two channels. The standard sampling frequency is 44.1KHz (designed for an audio signal that reaches a maximum of 20KHz), but there are also devices that sample at higher frequencies such as 96KHz, with conversion to 16bit or even 24bit.
These devices, originally designed for the acquisition of audio signals, for example from microphones, can be used for the digital acquisition of any electrical signal with amplitude compatible with the input stage of the card. The maximum frequency of the signal must be less than half the sampling speed of the card otherwise the sampling process causes loss of information on the signal (Nyquist criterion).

In the image below we see the external sound card we used for our tests : it is the Easy-Link USB 6 model. This model supports sampling frequencies of 32 KHz, 44.1 KHz and 48 KHz. It has a MIC IN (mono) and LINE IN (stereo) input, as well as channels for connections with audio speakers and home-theater systems that we have not used.

We used the LINE IN input which, being stereo, allows us to acquire signals on two separate channels. In the image below we see the “splitter” which divides the connection of the sound card into two separate channels (which correspond to the SX and DX channels) which are made available on two BNC connectors located on the sides of the splitter.

In the image below show the pin-out of the most used jack connectors.

The hardware part described above must be accompanied by a signal acquisition and management software. In the following paragraphs we describe some of these software that can be found online.

Audacity is a free, open-source and cross-platform audio software that allows the user to record, edit, mix, add effects, analyze and convert any audio file. It is a truly rich software with advanced features, including the possibility of calculating the frequency spectrum of the audio signal, the possibility of recording the signal spectrogram (the trend over time of the frequency components) and the possibility of recording on file the data of the sampled signals (datalogger function). The image below shows the program screen, the software could be downloaded at the website : Audacity.

Visual Analyzer is a Windows program that allows you to simulate a complete set of measuring instruments, using a PC equipped with a sound card or specific hardware. The software can be downloaded freely at the website: sillanumsoft. This software transforms the PC into an oscilloscope for displaying waveforms and a spectrum analyzer for calculating and displaying the frequency spectrum of the signal. The software has many features including: measurement of signal parameters, filtration, waveform generation. The image below shows the program screen with the two main windows showing the signal and the spectrum.

Theremino DAA is a measuring and testing instrument for audio equipment, which also includes a signal generator and a spectrum analyzer. The image below shows the main program window. You can download from the site Theremino.

Acquisition and Analysis of a Thermal Noise Signal 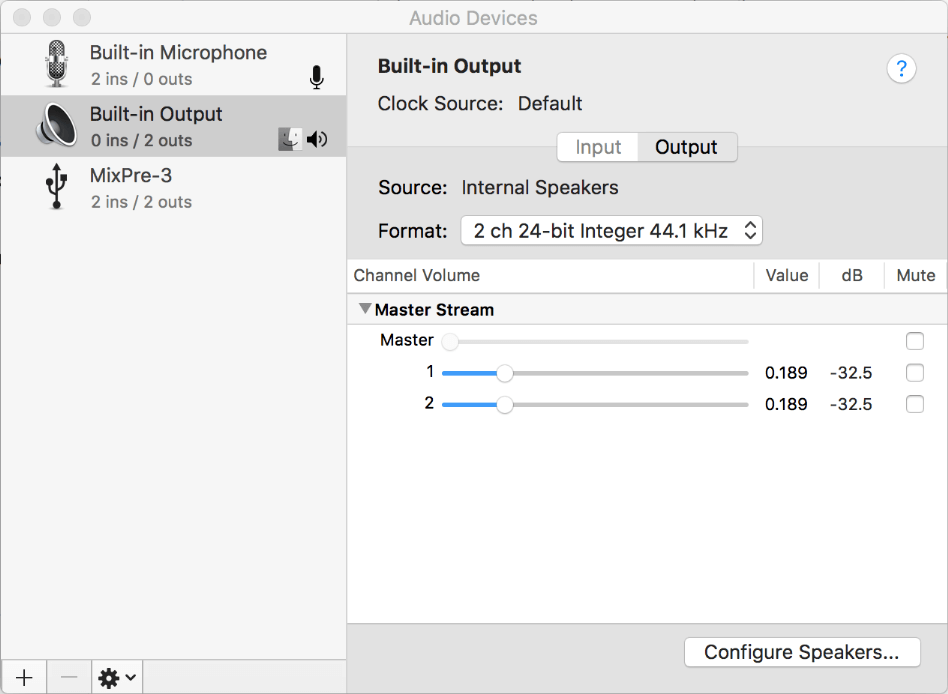 As an application of the sound card for signal acquisition we want to show an example in which the signal produced by the thermal noise in a resistor is acquired.

Thermal noise manifests itself as a random voltage Vn(t) at the terminals of a resistor with resistance R, at a temperature T (Kelvin degrees), this voltage has an rms value (Vrms) given by the expression :

The equivalent noise bandwidth Bn is the spectral width used to calculate the mean square value of the noise voltage, and in practice is related to the bandwidth of the device used to make the measurement.
In their random movements, the electrons inside a conductor, regarded as electric charges, generate infinitesimal currents without privileged directions which generates across the resistor, by Ohm’s law, corresponding random voltages. The combined effect of the latter, for the central limit theorem, produces a random voltage with gaussian amplitude probabilistic distribution with a mean value equal to zero, because there is not a privileged direction of the currents.

For this measure it has been used the same apparatus described in the postJohnson Noise, Boltzmann Constant and Brownian Motion. To obtain the required characteristics (low noise, low input capacity), the noise measurement system that has been adopted is based on three components:

The system is based on the JCan project from Gellerlabs. In the images below you can see the amplifier mounted on its PCB and attached to the lid of the canister, notice the BNC connector and the two 9V batteries for power supply. On the left of the PCB there are the terminals for the insertion of the resistor thermal noise source .

For our tests we used a 10 MΩ resistor. The output of the amplifier is connected directly to an input of the splitter, which takes the signal directly to the sound card, as shown in the image below:

With the audacity program the signal can be recorded and analyzed. In the image below you can see the trace of the noise produced by the resistor.

After registration we can view the signal spectrum, shown in the image below. It is seen that the spectrum is substantially flat, at least in the interval corresponding to the band of the sound card. It is interesting to note the presence of a maximum at the 50 Hz frequency, coming from the disturbances that originate from the house electrical system.

The audio recording of the electrical signal produced by the thermal noise of the resistor can be exported to a file in which the values ​​of the samples acquired by the card are inserted, we add that, given that the available channels are two, two channels can be sampled and recorded simultaneously. With this feature we are in practice using the sound card as a data logger with a sampling frequency of 44.1 KHz.
File logging is limited, for software reasons, to one million samples corresponding to about 30 seconds of recording. However, this sampling is more than enough to carry out an interesting statistical analysis of the signal.

Statistical analysis was performed by our friend Richard Collins (expert in statistical mathematics). The numerical samples were adapted to be acquired by excel as csv / tsv data, subsequently they were processed by statistical functions and grouped in ranges of values ​​in order to produce the histogram shown below.

The orange trace corresponds to the Gaussian or normal distribution, the blue trace corresponds to the histogram of the signal samples, while the red trace is the delta between the two. Apart from a slight positive bias of the signal, probably due to a drift of the amplification chain, we see how the correspondence with the Gaussian trend is practically perfect, as expected for a “thermal” signal.

The activity described in this post has highlighted the great potential of using sound cards as tools for analyzing and acquiring signals, sound cards also benefit from a rich choice of open source software. There are many potential applications, for example:

If you like this site and if you want to contribute to the development of the activities you can make a donation, thank you !

CULT TO THE GREATEST SYNTH
OF ALL TIME
THE ONE AND ONLY, THE MYSTIC…
THE ETHEREAL, THE UNIVERSAL…
THE SPIRITUAL…
THE ONE THAT PUT SOUND TO THE BEST SONGS IN THE HISTORY OF HUMAN KIND…
THE ONE THAT INSPIRED US…
TO EXPLORE THE LINEAR UNIVERSE
DEEP INSIDE THE ABYSS OF SOUNDS… WE MEET OUR SOUL…
BETWEEN SAMPLES AND PARTIALS…
CHORUS AND REVERBS…
THERE LIES A SECRET,
THE MISTERY…
THAT ONLY REVEALS…
TO THE CHOSEN ONES.

An ambient video-album recorded from sunrise to sunset, using only my Roland D-50 from 1987. All custom sounds, no external effects. Enjoy!

The Great Cult of D50 Archive: This is the DEFINITIVE collection of Roland D50 patches. Thousands of sound banks organized by producers ready to use in SYSEX format. You´ll need a SYSEX transfer application like MIDI OX (Win) or SySex Explorer (Mac). You´ll need three lives to try all the sounds contained in this zip file. For better search, you can use Bobbyblues Guide to soundbanks.

CL-Projects “Linear Galaxy”: is the follow up of Linear Universe (see below). Linear Galaxy is a sound bank for the Roland D-50 & D-550 containing 64 new and original patches (8 banks of 8 patches). Linear Galaxy focuses mainly on atmospheric and ambient pad sounds demonstrating the full potential of the Roland D-50. The sounds are very well suited to be used in ambient and new age music.

Mark Rushbury “Sountracks” patch bank: This is a special collection of 64 sounds for the Roland D-50/D-550, particularly suited for soundtracks and ambient music, but can be used in many genres. Each sound here is an individual patch with no external effects or processing. Pads, atmospheres, analogue synths, ethnic sounds, keys, guitars and otherworldy textures – all 64 sounds are demoed! Available as a sysex midi file to load into your Roland D-50/D-550. Price is £13.99

CL-Projects “Linear Universe”: Focuses mainly on atmospheric and ambient pad sounds demonstrating the full potential of the Roland D-50. These sounds are very well suited to be used in ambient and new age music but nothing can stop you from using these sounds in other types of music. Every musician who owns a D-50 synthesizer and plays or loves ambient, new age music, should have this sound bank. You won’t regret it.